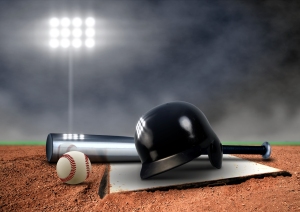 Have you ever been stressed out by trying to keep too many balls in the air, and all at once you run across something so simple and so profound that it stops you in your tracks? Yep, me too. In fact, I was recently reading a blog post by Anne Lamott when three little words jumped off the page . . .

I love that! First and foremost because I count on receiving a measure of grace in my own life, but also because those three words provide so much guidance to us as leaders.

If you are in a position of leadership, sooner or later (or both) you will be called on to make a difficult decision — one that is not popular, and maybe even has a negative impact on someone else. That’s part of the job, but how you carry out such decisions can make a huge difference in how you are perceived as a leader.

I think far too often, we get the batting order mixed up. We start out by being overly flexible, willing to negotiate expectations, trying to be patient and accommodating at all costs . . . until we reach the end of our rope, we’re done, we draw the line, and we’re the bad guy. What if, instead, we set clear guidelines/boundaries/expectations at the beginning, and consistently held people accountable to those. When that happens, you separate out those situations that are never going to work from those that really could. And if a situation that looks promising needs a bit of a concession, a measure of grace, you will still have the energy and ability to accommodate a special circumstance.

Even when you have to make a decision that will be hard to some to accept, I believe the best leaders find a way to offer a measure of grace in the process. Make the difficult decision, yes, and then carry it out with great kindness. Be more generous than you have to be in the process. Sure, some will think you’re soft, but most will see you as fair, and someone they want to work with . . . You know, the whole Golden rule thing . . .

Lastly, we may occasionally need to remind ourselves that grace bats last for us as leaders, too. Our impact is more than the sum of a single decision or action. Too often, I’ve seen leaders afraid to swing at an opportunity because they fear they may strike out based on a single action. While I suppose there are circumstances where that could happen, in most cases, we will be judged by the long view, by the total sum of our actions.

So take that swing, do what you know you need to do, and then let grace bat last.