Every once in a while you run across a book that may defy popular perceptions, but absolutely resonates as true deep in your gut. (you know, those books that have you saying yesssss, and breaking out your highlighter.) Only a small handful of books have had that kind of impact on me, and Adam Grant’s new book is one of them. Originals, How Non-Conformists Move the World debunks some of the myths, with a host of examples and data, regarding how innovation really works. (If you don’t want to take the time to read an entire book based solely on my recommendation, at least take 15 minutes to watch his Ted Talk . . . then you’ll want to read the book!)

I think one of the myths that prevent people from innovating is the idea of risk. Especially in these financially challenging times (so the thinking goes), fiscally responsible organizations need to minimize their risk. The parable of the talents comes to mind when I hear such comments, but that’s another blog . . . Grant counters such thinking with the idea of the balanced risk portfolio. The most effective innovators are not the “burn the ships” zealots who place all their bets on a single idea. The individuals Grant highlights balance risk in one area with more conservative strategies in other areas. They have Plan Bs in place while they pursue their big ideas, much like you have a balanced stock portfolio.

The law of averages also comes into play. Babe Ruth was the strikeout king, but few remember that over his record-breaking number of home runs. Most successful ideas evolve over time, so innovators need to take a lot of swings — test a lot of ideas. Some will fail, some will be okay, but the law of averages would indicate others will be great innovations. Those who think, or have bosses who think, that they will only get one shot at innovation success rarely move their idea (which might actually be great) from concept to reality. Innovation is a mindset, not a task.

One final concept that resonated with me was that the road to innovation is often a meandering path that doesn’t happen on a tight timeline, and what some people see as procrastination may actually be processing! Sometimes even the best ingredients need to simmer for a while before they are ready. The insights we discover and connections we make while subconsciously working through an idea are often things we would have totally missed if the idea wasn’t already percolating in the back of our mind. Sure, we can’t process forever . . . but I’ve often found that you have to allow the time to connect the dots if an innovation is to be successful.

The larger lesson in all of this . . . conformity is over-rated. Want to move the world in 2017? Be an original. 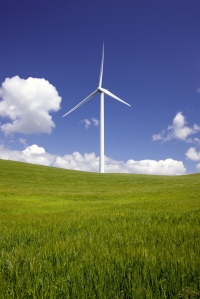 I’m at a conference this week, and my head is spinning … in a good way. Even on the plane on the way here, I dove into a book on strategy that had been on my reading list forever. As so often happens, it seems I was supposed to read it at this point in time, because the book is now littered with tabs highlighting ideas that are relevant for our organization right now. Between the book, networking with colleagues, and listening to compelling speakers, my mind is bursting with ideas that could help move my organization forward. It’s like a big gust of wind that turns the blades of a windmill.

As a leader, we really are a bit like a windmill for our organizations. The gale of a new idea can get our blades moving in such a way that energy can be generated throughout the entire organization. And the best way to catch the wind is stand tall and stretch in multiple directions. Unfortunately, far too often, when times get tough leaders hunker down and turn their focus inward. It’s almost like they’re rolling up their blades to conserve energy . . . Except what they are really doing is lessening the chance that they will be able to take advantage of a jet stream of inspiration that might be headed their way if they would only stretch out to grab it. How many times is a learning opportunity like a conference the first thing to go when times get tight . . . or you feel too overwhelmed by the crisis of the day to read an insightful book or article . . . or you convince yourself you don’t have time to pick up the phone and ask for the input of a respected colleague? A lonely pole standing on a hillside doesn’t generate much energy.

Sure, you have to use discretion. It’s interesting to me that “old time” windmills, like the one on my farm when I was growing up, had about 10 relatively short, closely placed blades. Today’s wind turbines usually have only three far-reaching arms, and yet they generate far more energy than the earlier versions. Likewise, today’s leaders have to focus in a few key areas to have the greatest impact. Trying to be all things to all people (i.e. sending short blades in all directions) may keep you spinning, but rather than generating more energy that tactic only serves to wear you out. If I tried to go to every conference or workshop for which I received an invitation, I would never be in the office. And the list of books I would like to read would probably take me years to get through. As a leader, you have to pick your few key areas of focus — absolutely — but once you have done that, don’t pull in your blades when times get tough, or because someone questions if that’s a good use of your time and resources. Reaching out may be the best way to find the ideas, and build the momentum, that will power your organization for years to come.

It’s a leader’s job to catch the wind and propel your organization forward. And to do that, you have to reach out.