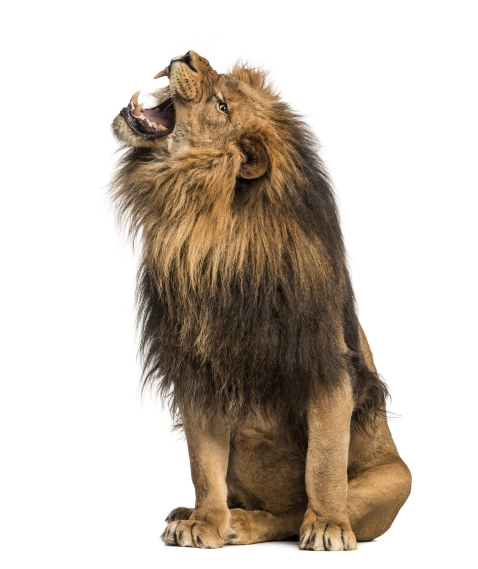 I have a plaque hanging over my desk that reads, “Courage doesn’t always roar. Sometimes courage is the quiet voice at the end of the day saying, ‘I will try again tomorrow’. “

I have lost count of the number of times that sentiment has given me comfort at the end of a particularly challenging day. Sometimes, leadership is about two steps forward and one step back. It’s about continuing to push on the flywheel, even when you don’t see any progress, because you know it is cumulative efforts that get things rolling. It’s about persisting in putting one foot in front of the other, even when the path is covered in fog. Courageous is not usually the word we think of to describe ourselves in such situations, but maybe it should be…

How many opportunities are lost because we don’t have the perseverance, the courage, to push on through the difficulties, setbacks, and disappointments? Or the courage to step out into the unknown, even though such a move could advance your mission? How many times is it dogged (courageous) determination, rather than singular pronouncements, that make the difference in achieving the win?

In some respects, roaring courage is “easier”. That courage we call on at a moment of crisis, or when we draw a line in the sand. Those moments when we have to act — when people look to us to roar — do take courage, but in many cases, the situation is forcing our hand. Not so with quiet courage. Quiet courage is about making the hard decisions even when it is likely that no one will notice. Quiet courage is about continuing through the challenges in your pursuit of a goal because it is too important to stop short. Quiet courage comes from that small, still, voice inside that won’t settle for less.

Most leaders will have to display roaring courage from time to time, but it is episodic. You make a roaringly courageous decision, and then do your best to get back to business as usual as soon as possible. Quiet courage is more of a characteristic, it’s how you approach your leadership responsibilities — or at least try to — day in and day out.

Quiet courage may be overlooked or mislabeled, but make no mistake, it is courage …

… After all, it’s not about the roar.